In this article, we will introduce the mechanism of forever incremental backup in Vinchin Backup & Recovery. By choosing Forever Incremental Backup, Vinchin backup server will automatically perform a full backup at the very first time, and then the following backups will be incremental backups.

When executing a Forever Incremental Backup, a backup chain will be created, and each backup in this chain is indispensable, as losing any of the restore points, you cannot restore the virtual machine to the latest state.

l How to restore?

Let's see how to restore a VM from forever incremental backup. 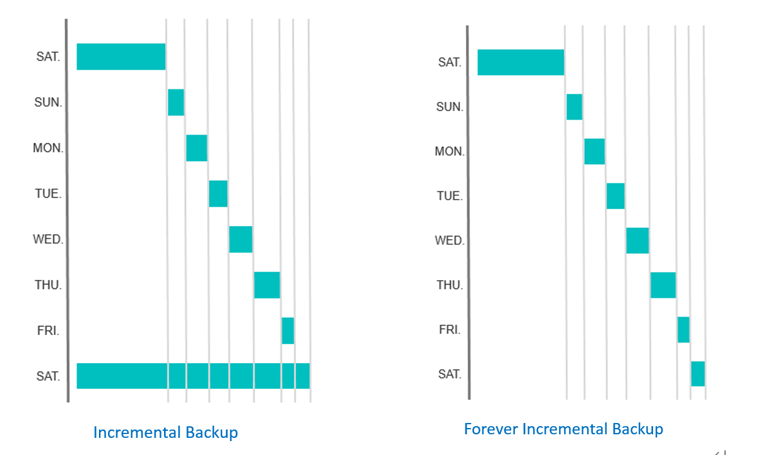 So in general, the benefits of forever incremental backup would be less backup storage and less bandwidth usage, and users can schedule backups more frequently to achieve shorter RPO.